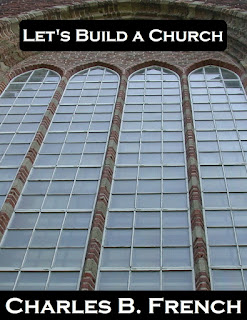 It’s time for your church to build. You’re planning a big campaign within the church to get people on board and to raise the money you need. This great venture is going to require faith and commitment from everyone, and sometimes just preaching at them won’t be enough. That’s where these dramas come in.


Go straight to the individual scripts


These scripts were written for a very successful building campaign. Years ago, I was part of a church that rented out space in a junior high cafetorium. It was a growing church, and after a while, we needed more space, better parking, and bathrooms that weren't at the mercy of 13 and 14 year-olds for the rest of the week.

After a lot of prayer and planning, we decided to buy land and build a church. In order to ensure the success of this project, we planned and carried out a campaign to build up excitement and raise money. Today that church reaches thousands of people each week, and what we did is a model for other congregations.

Running a successful building campaign is more than just asking people for money. Yes, that's part of it, but financial support is just a by-product, really. The church needs to be committed to it more deeply than just with their pocketbooks. These projects take time, there are always unexpected developments, and it's hard to maintain enthusiasm as time drags on.

Then there's wrestling with the question of whether the church actually needs to build. You will have some members who believe everything is fine the way it is and this building is a waste of resources at best, and a vanity project for the church at worst.

Obviously, every church needs to follow God's lead in where they are going. If the church is called to build, there are some very good reasons for it. First, that structure can provide many more ministry opportunities to the community. When our church finished, we had a lot of classroom space devoted to all kinds of ministries, from Vacation Bible School to substance abuse recovery groups. These things were simply not possible without our facilities. If your church is trying to reach out into the community, having a centralized location can be very useful

If your church is growing, you will also need to build before the church dies out for lack of room. It's like having a potted plant. When it gets too big, you need to re-pot it. Otherwise it will stay the same size or, even worse, it will die. A growing church needs to be able to do more next year than it did in the last. If that means building to allow more room and opportunities for ministry, that might be what's needed.

Whatever the reason, if you are going to build, you need to understand that it's not a simple undertaking, and your congregation needs to know this as well. That's where these dramas come in. They are perfect for getting the message across to your congregation in a sometimes light, sometimes funny, but very clear way.

The problem with a lot of dramas written for building campaigns is that they are too much about smacking you over the head with the message. I've seen dramas written for building campaigns and they usually make me cringe. They're written by people who are so focused on pounding the audience over the head with the message that they fail to make them engaging. Or good.

You won't have that problem with these scripts. I've been writing successful scripts for over fifteen years, and I know a thing or two about how to connect with an audience. If you need dramas for your campaign, these will fit the bill.

I wish you all well on your building campaign. You are embarking on an exciting journey. It will be challenging at times, it might be hard to see the finish line far into the future, but have faith. You will face giants, but you’ll get to the Promised Land.

If you want to read through the full collection, you can find it here.

A Couple’s Conundrum – A couple is faced with a difficult decision of whether to financially support this new building campaign. Do they trust God, or will they let money matters weigh them down? It’s a common situation many couples will face when they hear the message about the building campaign, and it’s good to acknowledge that reality.

Action Action News – A news anchor is upset that a story about a church’s building campaign doesn’t have enough excitement, doom, and gloom. He’s frustrated by the lack of panic and wondering how it is people can trust in God so much that they faithfully give to this building campaign.

Back in My Day – Two people argue about whether there is actually a need to build a church or add onto what they have already. It’s a conflict between those who think things are fine the way they are and those called to build something new.

Bandages and Lollypops – A patient in need of care discovers what happens when a place advertised as a hospital can’t help him. If only they had invested in more infrastructure, they would be able to help more people in the community. A cute parable for why building a church benefits everyone, and what happens when a church isn't interested in working to reach their community.

Don’t Panic – We see that sometimes it’s easy to panic when you consider how everything could go horribly wrong. It’s easy to find flaws in your building plans, simple to second guess and predict failure before it even starts. A person can succumb to panic when they forget to have faith. They need to remember that if this is God’s will, it’s going to happen.

Kid in the Box – A boy named Jack is stuck in a box far too small for him. His mother refuses to help him out of the small one and into a bigger one. A silly but clear illustration about the problems of growing churches who’ve run out of room.

Land of the Giants – Two scouts enter the area their church plans to build and see a problem. One scout thinks this is nothing they can’t deal with, but the other sees an unstoppable giant who will destroy them all. This is a humorous retelling of the Promised Land spies and how they doubted God could overcome the giants they faced. It’s a similar situation to what your church may face when you decide to build. Yes, there will be giants, but you can overcome them.

The Cornerstone – After the first stone in the building campaign is laid, it’s time to celebrate. Of course, it might not seem that way, what with all the work still ahead, but it’s important to celebrate getting this far. Sometimes the hardest part is getting to place the first stone, and it’s good to celebrate and thank God for getting you that far.

The Enemy – A young woman comes face to face with The Enemy and learns how to fight back against his lies and doubts. We learn that if there’s one thing that will throw a wrench in your building campaign, it’s doubt and discouragement. We need to understand where it comes from and how to deal with it.

The Shoulder Consultants – An Angel and Devil do battle when a church begins a building campaign. They argue as the humans they’re tailing deal with faith and doubt over this new building.

What’s Your Excuse? – A game show tests contestants on making the very best excuses to get out of all sorts of situations, from family obligations to supporting a church building campaign.

You Call This Cooking? – A chef apprentice learns the hard way that to truly be a master chef, one first needs the right equipment and a well-built kitchen. It’s a cute analogy that illustrates the need for a proper building.


If you don't have a Kindle, you can download the free Kindle app that will let you use it on all your mobile devices.

You can find the rest of my scripts here.

Charles B. French
I'm a writer. I'm also a teacher, a speaker, an actor, a geek, a gamer, a Believer, a rabble-rouser, a procrastinator, a guy with big dreams and great hair, and a whole lot of other things. But I'm a writer. I knew I loved writing ever since I skipped recess in first grade to finish writing a story. Now I share what I have with you, and I hope you enjoy it.